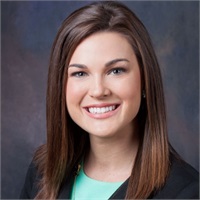 Brittany, a native to the Charlotte, North Carolina area, graduated from The University of North Carolina at Charlotte with a degree in Communications. Brittany began her career at FIG in 2011 as an Office Assistant, but quickly transitioned into a different role, Case Support, in FIG's Life Division. In her role as Case support, Brittany learned the verbiage and complexities of each carrier’s application as well as creating contacts & relationships with Home Office Employees. These skills made her a valuable asset to their advisors, giving them the ability to have cases placed at a faster rate and with less issues. During her time in this role, she also had the opportunity to hone her skills in organization and developed an understanding for industry language.

In February 2014, she had the opportunity to take on a new role as an Annuity Sales Associate for Dave Jacobs. Immediately, Brittany knew that she had finally found her place at FIG. Bringing with her all of her skills from her previous positions, she was immediately able to jump head first into her role supporting their advisors. Her passion for learning, competitive drive and dedication to excellence has helped her excel in her ability to quickly & efficiently assist their agents in whatever issues arise. Brittany has proven to be an invaluable asset to the team offering unmatched back office support & case construction.