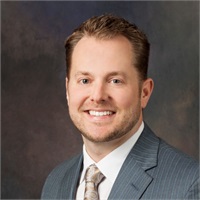 Dave Jacobs is an alumnus of North Carolina State University in Raleigh, N.C., graduating with a Bachelor of Science. During his college years, Dave double majored in Finance and Marketing while simultaneously working at Merrill Lynch and IJL Wachovia, assisting financial advisors. While being exposed to the financial industry during college, Dave knew his career path would lead him to helping others obtain financial security. It was this combination that provided him with the foundation to begin his successful career with Financial Independence Group.

After graduating from college with honors, Dave moved back to his hometown of Charlotte, NC and joined FIG as an Annuity Sales Consultant. After obtaining his life and health insurance license in 2002, he began to grow his book of business with advisors throughout the U.S. to what it is today. Dave’s magnetic personality, passion for the industry and dedication to customer service has helped catapult him to the top ranks of consultants in our industry. During his tenure at FIG, he has become one of the company’s most productive consultants, ranking in the top 5 annuity consultants every year for the last decade.